Here are some more shambolic amateur film photos. They all share a desire to cut out the concrete monoliths of London, so I suppose that’s what this post is about. I like to seek out places that preserve what I think of as the true London – the city of Georgian brickwork, of musty, blackened facades and rickety Victorian buildings.

It is the true London, because it is the abiding London, the London that will outlast the faux-artistic claims of the shallow concrete that lines the Thames. It is not enough to be smart and creative; architecture and town-planning must inspire, make you feel the need to stretch. It is yoga for the perceptive system.

This is not photography for hispters and connoisseurs. In fact nothing I do is for you, if you think you know everything already. I am just a guy who walks around London with a camera. I try to reshape the world the way I rather it was, instead of the blasting, philistinic, traffic-crammed, screeching world that I have to face every day. The simple frame of a film camera allows me to do that in a shoddy sort of way. 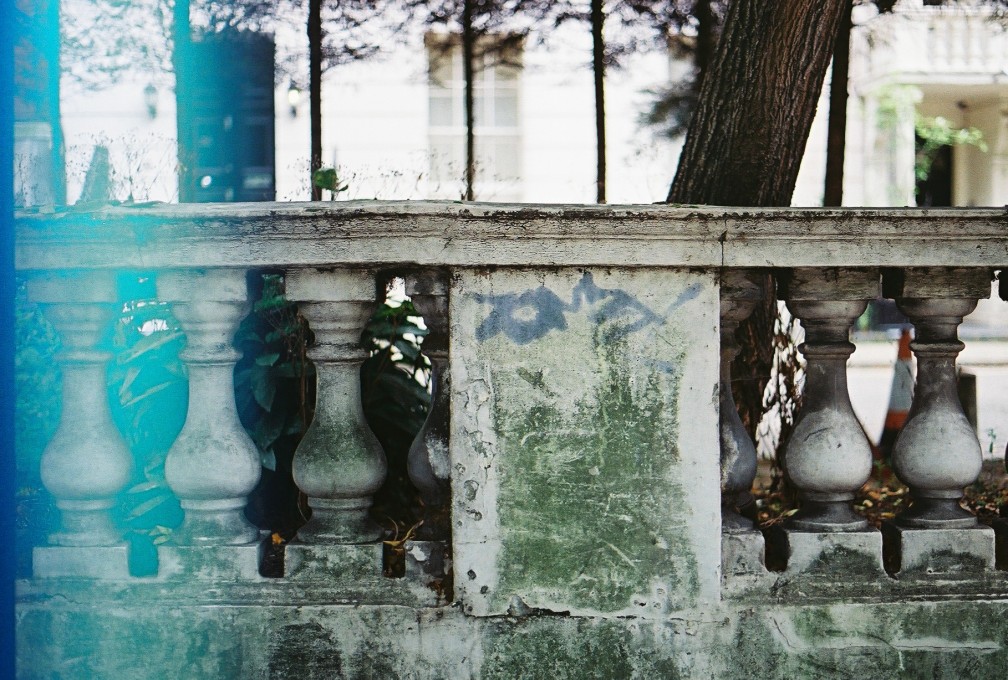 Just playing with colour film. This is outside a hotel in kensington, and I just loved the wilting stone, the moss and old leaves curling around the cracks. And of course graffiti

More of the same. The broken stonework made me think of Roman ruins, and it symbolised everything the corporate high street is not . A small oasis of imperfection

I was trying to capture a particularly shaggy looking cobweb, but it didn’t work out. Still, there is a dreamy aspect to this picture, like something from Miss Havisham’s garden

The Royal Albert Hall. Prince Albert was a true statesman, believed his role was to raise people up through the arts and science. A properly modern man

The inside of the Albert Hall. Reminded me of a shot from a film

Faceless 1950s (?) building in Kensington. Something very London about this view. Each of these houses probably costs 300,000 or more, which is ridiculous

Dickensian out-house attached to an old building in my square. The house used to be a school. I love that the new owners haven’t gotten rid of this crooked extension 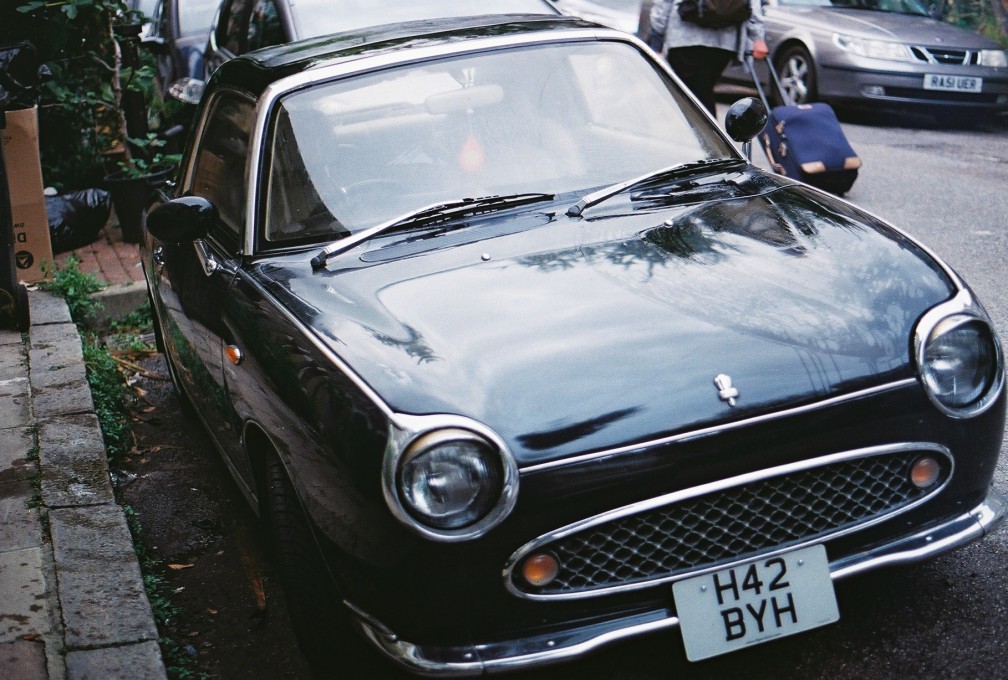 Apparently not a vintage car, just made to look like one. Still, much nicer than most modern cars. I want one. I’ll drive around like Giles from Buffy reciting Latin spells and listening to Bach and Monteverdi. Pick up the chicks in wheels like this…